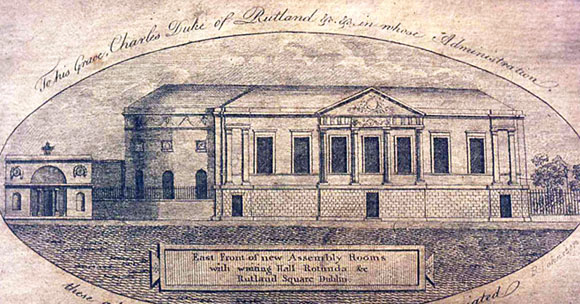 On 17 July 1784, the Foundation Stone of the New Assembly Rooms, Cavendish Row was laid. These rooms, designed by Richard Johnston, were the last eighteenth century addition to the Rotunda, providing new entertainment space in Dublin. 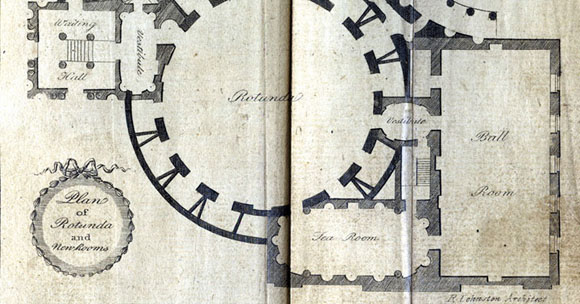 The larger of the two-storey blocks contained a Supper Room over a grand Ballroom, while the smaller provided another Supper Room above a Tea Room on the level below. Financial contributions to build the new rooms came from members of the newly founded chivalric order of the Illustrious Order of St. Patrick, also known as the Knights of St. Patrick, and the interior of the new rooms celebrated this strong connection. The star of the order was also incorporated into the pediment on Cavendish Row, with the arms of the 4th Duke of Rutland. 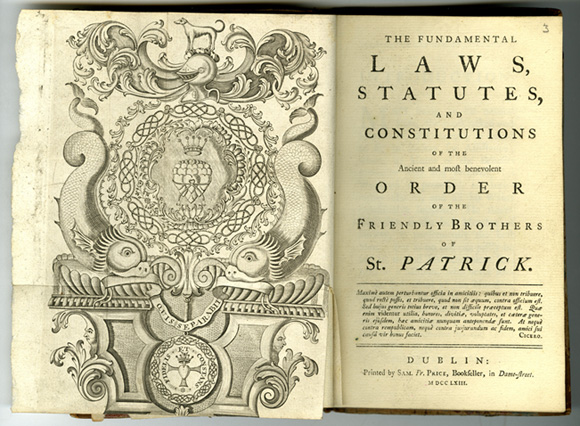 The New Assembly Rooms provided an opportunity for people to partake in amusements such as music, dancing, playing cards and eating in a magnificent setting, all potentially in the company of nobility. The rooms were planned to provide the Lying-In Hospital with an important income stream, as the Gardens and the Rotunda had done before.

The landmark buildings are now home to the Gate Theatre, established as a theatre company in 1928 by Hilton Edwards and Micheál MacLiammóir.
Images © Dublin City Library and Archive