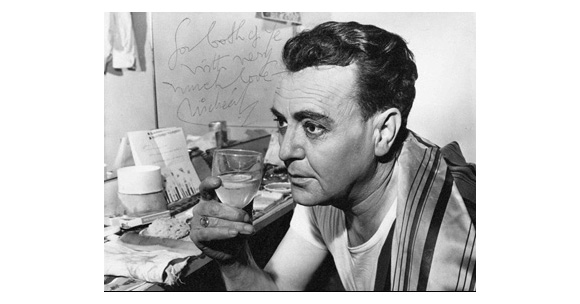 ‘We actors are born at the rise of a curtain, and we die with its fall, and every night in the presence of our patrons we write our new creation, and every night it is blotted out forever. What use is it then to say to our critics ‘Ah, but you should have seen me last Tuesday?’

On 6th March 1978 Micheál Mac Liammóir actor, writer and painter, died at his residence, 4 Harcourt Terrace, Dublin. Mac Liammóir co-founded the Gate Theatre in Dublin in 1928 with his partner Hilton Edwards. The Gate became a showcase for modern plays and design, with Mac Liammóir designing costumes and sets for hundreds of Gate Theatre productions.

As well as copies of Mac Liammóir’s writings in Irish and English, Dublin City Public Libraries holds copies of the Souvenir Catalogue from “All for Hecuba” an exhibition to mark the Golden Jubilee of the Edwards – Mac Liammóir partnership and of the Gate Theatre 1928 – 1978. The exhibition was held at Parnell Square’s neighbouring Hugh Lane Municipal Gallery of Modern Art in October and November 1978. This history of the famous partnership invited the viewer to take a glimpse backstage at the theatre using costume drawings, production note-books, sketches and designs for settings and press clippings. 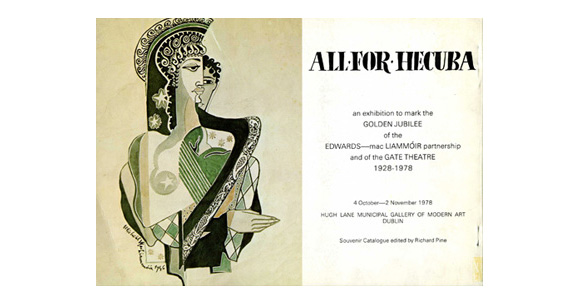