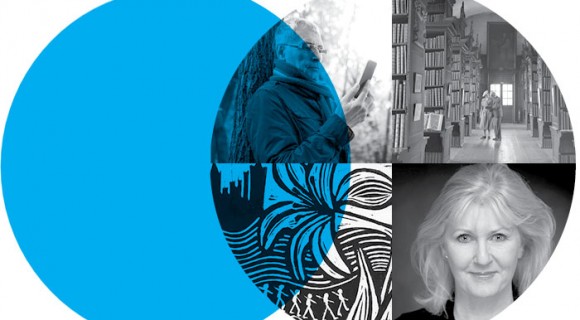 Explore your creative side in Dublin this May! The Bealtaine festival, celebrating creativity as we age, runs throughout the month at libraries, galleries and arts centres around the city. TheInternational Literature Festival Dublin 2016 will take place from 21 to 29 May.

Some events taking place include performances, talks and exhibitions commemorating the 1916 Rising in Dublin. A series of nine specially commissioned short films, After ‘16, will be screened on various dates around the city The films are a creative response by Irish filmmakers to the 1916 events. The stories told are a mixture of live action drama, animation and documentary.

The Souvenir Shop 1916 – 2016 by Rita Duffy, curated by Helen Carey, is at 13 North Great Georges Street, Dublin 1 until 11 June. The Souvenir Shop examines the shifting meanings of gestures and symbols associated with the revolution, examining how the images, objects and themes of the 1916 Easter Rising and conflict more generally become ‘souvenirs’. The work also explores how ordinary people and everyday heroes cope with conflict and resolution.

On the night of 30–31 May 1941, four bombs were dropped by German aircraft on the North Strand area of Dublin, killing 28, injuring over 90, and destroying 300 houses. The 75th anniversary of the North Strand Bombing will be commemorated with a special event at Charleville Mall Library on 31 May.

Interested in writing? Try creative writing at workshops with ‘Fighting Words’ at Ballymun Library. The International Literature Festival Dublin 2016 provides plenty of opportunities for young and old to experience Dublin city buzzing with books. Celebrate the 100th anniversary of Roald Dahl’s birth with a day of marvellous creations at St. Patrick’s Park on 28 May. Check out reading and workshop events for children at the Ark, and debates, performances and readings for adults at venues around the city such as Smock Alley Theatre, Light House Cinema and the Irish Writers’ Centre.

A story trail will take place in venues across Dublin, including Dublin City Gallery The Hugh Lane, Parnell Square from 21st to 29th May. ‘In between Silence, where we really exist’ is a series of sound pieces featuring storytelling from some of Ireland’s finest writers and specially commissioned music from composer, producer and visual artist Stano.

Dublin City Gallery The Hugh Lane continues its 2016 theme of Artist as Witness with Jesse Jones’ No more fun and games showing until 26 June. Sir John Lavery’s monumental painting, High Treason: The Appeal of Roger Casement, The Court of Criminal Appeal, 17 and 18 July 1916 is the centrepiece of historic exhibition High Treason: Roger Casement, running until October 2016. This painting depicts the last day of Roger Casement’s appeal against the sentence of death for treason before five judges of the Court of Criminal Appeal in London. Lavery’s painting is one of the most significant accounts of the events surrounding the 1916 Rising. Accompanied by an evening lecture series and screenings of ‘Our Kind’, a short film by Alan Phelan which imagines a future for Roger Casement had he not been executed in 1916.

A walk around the Parnell Square area will bring you to much more this May and June with exhibitions such as Corban Walker: Post Office at Hillsboro Fine Art until 28th May, Jordi Forniés Constellations at the Olivier Cornet Gallery from 22 May until 10 June. The Gate Theatre shows W. Somerset Maugham’s The Constant Wife, directed by Alan Stanford. Take a tour with the James Joyce Centre to discover Joyce’s real-life inspirations behind the footsteps of Leopold Bloom ahead of Bloomsday in June.