Home > About The Project > About Parnell Square 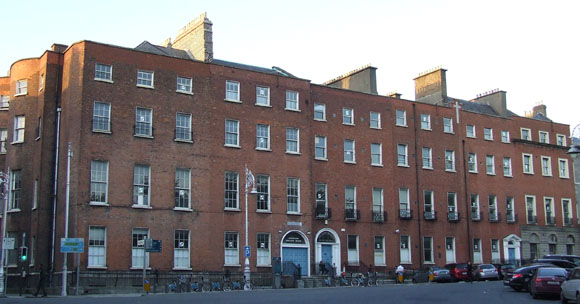 Parnell Square, at the northern end of the ‘Civic Spine’ running from the Square along O’Connell Street and Dame Street to Christchurch, is the traditional starting point for all of the most important processions and parades in the city.  It is the earliest, and regarded by many as the finest, of Dublin’s Georgian Squares. Its significance in Dublin’s history predates the Georgian period. Previous excavations have uncovered burials believed to be from the battle of Clontarf in 1014.

In 1748 Dr. Bartholomew Mosse leased four acres and one rood on the north side of Great Britain Street to erect a Lying –In Hospital on a larger scale than the hospital he had opened on the south side of the city in George’s Lane in 1745. The new maternity hospital, which opened in 1757, was originally built for lying-in patients, but developed into a much larger institution. The main source of funding for the hospital was provided by the ‘New Gardens’, developed by 1750, with orchestra, bowling green and other amusements.

Mosse’s philanthropy underpinned the growth of the Square around it. The streets Cavendish Street (later Cavendish Row) to the east, Granby Row to the west and Palace Row to the north, were laid out between 1753 and 1785, on plots leased from landowners such as Luke Gardiner. In 1875 the streets ‘surrounding the garden ground belonging to the said Lying In Hospital’ were named Rutland Square by an Act of Parliament. The name of the Square was later changed to Parnell Square at a quarterly meeting of Dublin City Council on 3rd April 1933.

The large scale of the houses of Parnell Square, constructed around the pleasure gardens of the Rotunda during the late 1700s, has allowed them to be adapted as hotels, offices and schools up to the present day. Indeed the buildings on Parnell Square house a rich spectrum of uses, from the historic Rotunda Maternity Hospital, art galleries, trade union headquarters, solicitors, businesses, offices and apartments, fine restaurants and hotels, to Dublin City Gallery The Hugh Lane, the Gate Theatre, Irish Writers’ Centre, Dublin Writers’ Museum, Poetry Ireland and the Abbey Presbyterian Church.

The Square is also home to the Garden of Remembrance, the national site commemorating the 1916 Easter Rising which led to the foundation of the Irish State. Parnell Square/Rutland Square has been the scene of many political events central to Irish history. Charles Stewart Parnell often stayed at Rutland Square, addressing meetings at the Rotunda. The Irish Volunteers were founded at the Rotunda on 25 November 1913. The Gaelic League or Conradh na Gaeilge, founded in 1893 by Douglas Hyde, were based in no. 25 from 1909, and it was at a meeting at no. 25 on 9 September 1914, presided over by Thomas J. Clarke, that members of the Irish Republican Brotherhood and others resolved to bring about a rising against British Rule in Ireland before the end of the war. 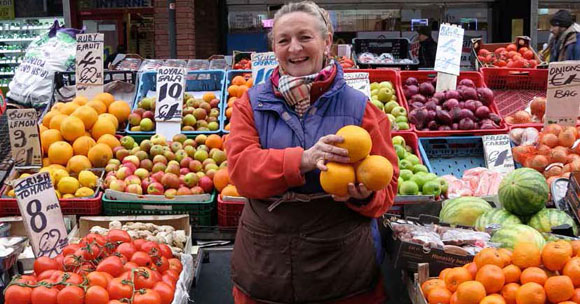 The area around Parnell Square today is a place of variety and contrast. It has the most intercultural and the highest migrant and ‘New Irish’ population in the city. Population Statistics from the 2011 Census for the five North Inner City Electoral Divisions centred round Parnell Square show a total Irish population of 45%. The population in these Electoral Divisions – North City, Inns Quays B, Inns Quay C, Rotunda A and Rotunda B – has increased by 13% from 2006 to 2011. 28.4% of the population state their nationality as ‘Rest of the World’ or non-EU. 18.4% of the population declared their ethnic or cultural background to be Asian or Asian Irish. 47.5% of the total population of these divisions was born in Ireland. This has brought significant ‘diversity advantage’ to the area while also creating new challenges for social cohesion and community engagement.

The area has a strong educational offer with many primary and secondary schools, as well as adult education and training services. Dublin Institute of Technology campuses are located in the area, with a move to the nearby Grangegorman complex due to commence in 2017.

Parnell Square is well served by public transport, enhanced by a new LUAS tramline. The main shopping district around Henry Street is a 5 minute walk from the Square – an area which has also seen ethnic restaurants and shops spring up amongst the traditional vendors of Moore Street, a quintessential Dublin market that is over three hundred years old.